How to Make a Music Video (When You’ve Never Done it Before!)

What Makes a Music Video Great?

A great music video is a reflection of something that matters to the artist.

Think about the last music video you saw that left an impression on you.  Or think about the videos you used to see on MTV and VH1 as a kid that made you want to be an artist.  I’d argue that the good ones, the ones that really mattered, are the ones that make us feel like we’re getting a glimpse into the truth behind the artist.  It’s almost like they are showing us a secret part of themselves.  Some music videos aren’t like that at all.  Some are fun, or weird, or cool.  And maybe those stick with you, too, if the aesthetic just really speaks to you.  But my favorite music videos are the ones that tell a story;  a story that exists alongside the song itself but is not exactly  same as the song.  Like a melody and a rhythm.  Like when it’s sunny outside but raining at the same time.  The music video and the song are two things that exist together to tell us something about the songwriter.  If you want to learn how to make a music video, first start with thinking about what it is you love about music videos.

Get to Know the Artist

Kyle Anne writes music that feels like a true story.

Earlier this year, Kyle Anne asked me to create a music video for a song from her debut album “Eulogy.”  I panicked.  I’d never create a music video before, not really.  I had tinkered in the videography world and created a lip sync video for The Electric Mud as a surprise for the boys finishing their first national tour.  But I’d never created something with a story.  The good news was:  Kyle Anne had never made a music video before either!  So we were determined to learn together.

Luckily, I’ve know Kyle Anne for years.  She and I met back in 2015 when we collaborated on a promotional photoshoot for Love Your Rebellion.  We’ve worked together on live performance photos before and I even got to capture her opening up for the Eli Young Band, which was such an unexpected honor.  I asked her once why she decided to keep working with me after that first shoot and she said:

“Even though we had just met that day, I felt so comfortable with you, and I was impressed with your creative energy…After seeing how awesome those photos turned out, I knew I wanted to work with you on future projects.  I’ve hired you several times since then, and I’ve been 100% satisfied with all the beautiful photos you’re provided.”

We even collaborated on the creation of the images  used on the cover of her “Eulogy” album!  So when it came time to figure out how to make a music video for “Love Bug Season” I felt like we’d built enough trust to try something new together.  She sent me the track and as I listened to “Love Bug Season” for the first time then I started to brainstorm ideas of imagery that would compliment that song.  I asked her “How would you like this song to look?”

Her first thought was to use her daughter, Elliot, in a simple, minimalistic way.  We kicked around some ideas and eventually I turned to my friend Spencer at Dandy House for some guidance.

Know your limits and know when you need to get help from someone with more experience!

I knew I COULD make a music video myself, but I wasn’t sure if I SHOULD.  Kyle Anne is one of those dream clients:  easy to please, not fussy, and down for anything.  I knew whatever I made would make her happy, but I wanted to do more than that.  I wanted to do her song justice! Dandy House is a new media company in South Florida, but the brains behind the brand belong to my best friend, Spencer Elles.  He’s combining his love of music, his graphic design talents, and his theatrical background into one powerhouse videography and content creation company.  To put it plainly, he knows more about video making than I do!  So I sought his help and together we built on Kyle Anne’s initial idea of featuring the music video around her daughter.

Our first step was to storyboard the video.  We decided to go in a “day in the life of Elliot” direction and we thought of things Kyle Anne and Elliot might do together on a typical day.  Keeping visual interest in a music video is important so Spencer suggested we aim to fit as many shooting locations as we could into the 3:15 song.  We estimated how long each scene would take to shoot, how many seconds of each scene we would want in the entire video, and how many cuts we would need.  Spencer played the song over and over and wrote down how long each “section” of the song ran to decide how many clips of video we would need.

What does Spencer say about the video:

“There are some really powerful shots in that video.  I remember a few times while Jesi and I were editing, where we were screaming and freaking out about how incredible some of those shots ended up. Especially that part where they break the 4th wall near the end of the song. We just kept re-playing it and jumping around screaming “Oh my god, This is perfect!””

It all came together in the editing room.

We spent maybe 4 or 5 hours with Kyle Anne and Elliot creating the footage for the video.  I knew as I was recording the footage that the visuals were powerful but I really didn’t know how it would all fit together.  Spencer is a wizard when it comes to editing and we worked together to cut out unnecessary clips and strategically place the emotionally dynamic clips in a way that best accented the music.

One bit of advice Spencer gave me that was so important and impactful was to purposefully not sync up the lyrics with what is happening on the screen.  For instance, if the song mentions walking down a road, don’t show people walking down a road while that lyrics is played.  It’s too obvious, too heavy handed.  Dig deeper.  Learning how to make a music video means learning how to tell multiple stories at once.

Words of Wisdom from Kyle Anne

“It might seem like the SWFL music community is small, and that you need to be competing with everyone else for work, but that’s not the case at all. Everyone has something different to offer, and at the end of the day no one else has had your unique perspective in life, so they’re not going to be writing the songs you write. Always strive to better yourself and your own skills, keep creating original content, and you’ll do just fine.”

You can find Kyle Anne playing at various local venues around the Fort Myers/Cape Coral area.  You can stream her album “Eulogy” on Spotify and Apple Music, visit her website to purchase a psychical copy and other cool merch, and follow her on Instagram and Facebook! 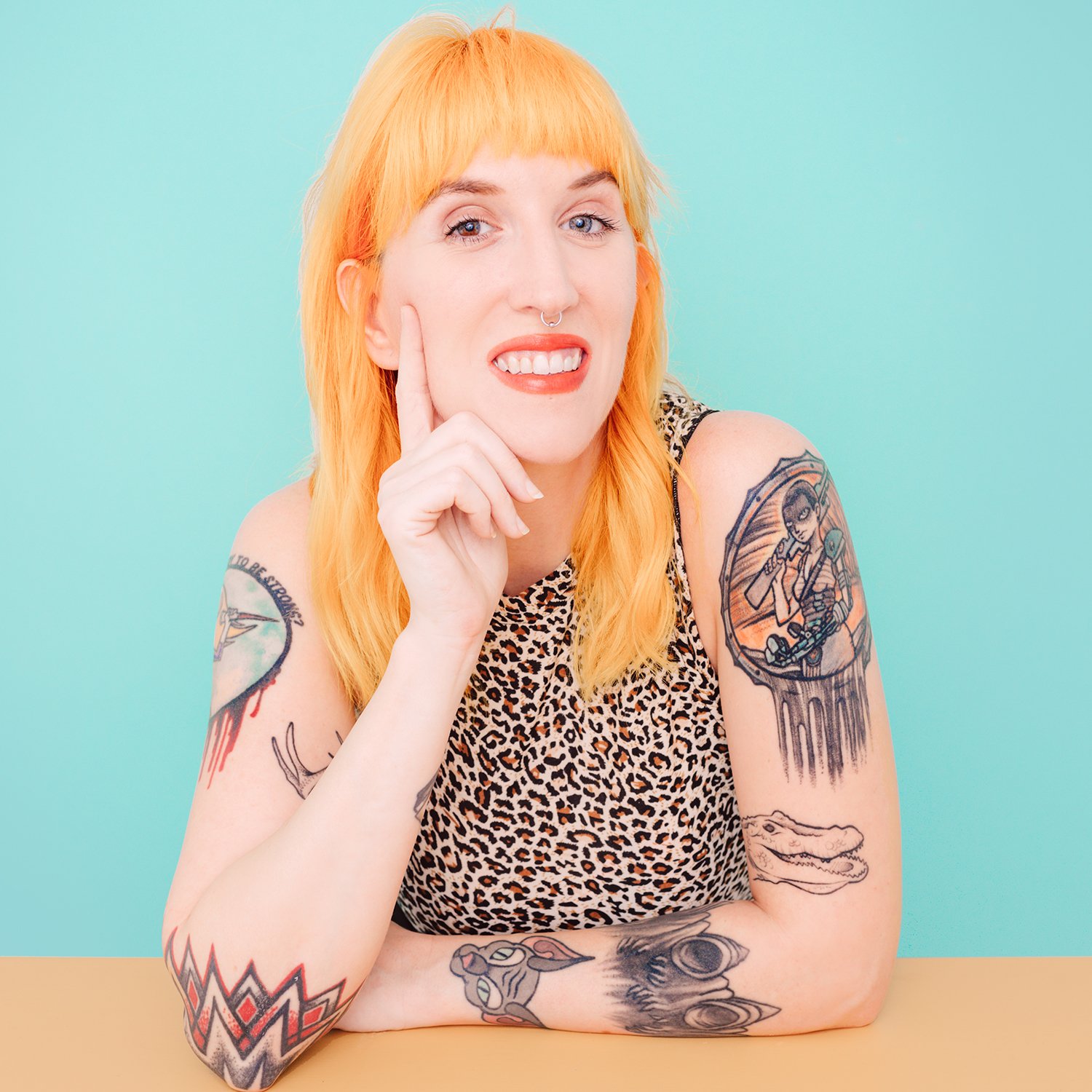 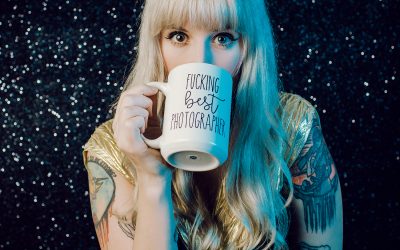 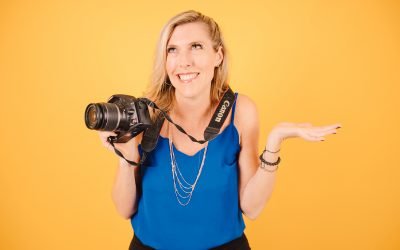 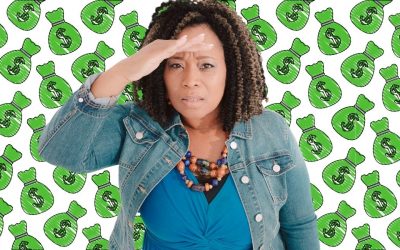 How Much Does Personal Brand Photography Cost?

Figuring out what you can expect to spend on photography for your personal brand can be tricky.   If you find yourself asking for recommendations online for a "reasonably priced photographer" or a branding photographer that "won't cost an arm and a leg" you'll get a...